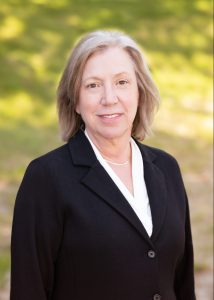 Attorney Dorothy M. Linsner is a staff attorney with Uehlein & Associates, LLC (“U&A”), the captive law firm for Insurance Subrogation Group, LLC and Insurance Recovery Group, Inc. (“IRG”). Dorothy leads the Massachusetts Second Injury Fund practice. Dorothy began her practice in the worker’s compensation field with Uehlein, Nason & Wall in 1991, specializing in second injury fund reimbursement and joined IRG and its captive law firm upon its founding by W. Frederick Uehlein. She came to the worker’s compensation field with over ten years of civil litigation experience with a focus on insurance defense and personal injury litigation. Dorothy headed the subrogation department at IRG during the 1990’s, coordinating the docket of pending subrogation claims, implementing recovery strategy, and negotiating the settlement of claims. She also conducted audits of worker’s compensation files for various insurers in Massachusetts, New Jersey, and Colorado. She has also been involved in the growth of IRG’s national second injury fund program, handling the development of Rhode Island claims and participating in the litigation opposing the termination of the Fund. See, D. Corso Excavating, Inc. v. Poulin, 747 A.2d 994 (2000). Dorothy has represented insurers in claims for reimbursement from the Massachusetts Second Injury Fund for over 25 years. Her role includes the preparation of evidence and submission of petitions for reimbursement, litigation of disputed issues, and settlement negotiations with the Fund. She has extensive experience in appellate practice, including the submission of numerous briefs to the Massachusetts Appeals Court and Supreme Judicial Court.

Dorothy enjoyed the role of adjunct professor of research and writing at the Massachusetts School of Law for over 20 years and is the author of a law review article on second injury funds and the ADA. See, “The Growing Storm: The Role of Second Injury Funds in the Wake of the ADA”, MSL Law Review, Fall 1997. She has lectured nationally on the topic of second injury funds including for the American Bar Association. She has been responsible for the integration of policy issues concerning insurance and was appointed to the American Bar Association Task Force on Second Injury Funds. She has testified before the legislatures in Georgia, New York, and New Jersey regarding the role of second injury funds.

Attorney Linsner is a graduate of the Georgetown University School of Foreign Service and the George Washington School of Law. She is admitted to practice in Massachusetts, Rhode Island, New York, and the District of Columbia, as well as the Massachusetts Federal District Court, the U.S. Court of Appeals (First Circuit), the New York Federal District Court (Eastern and Southern Districts) and the United States Supreme Court.

Dorothy M. Linsner, “The Growing Storm: The Role of Second Injury Funds in the Wake of the ADA”, MSL Law Review, Fall 1997.

You can contact us by sending e-mail to info@isgfocus.com, info@irgfocus.com or completing this brief form.